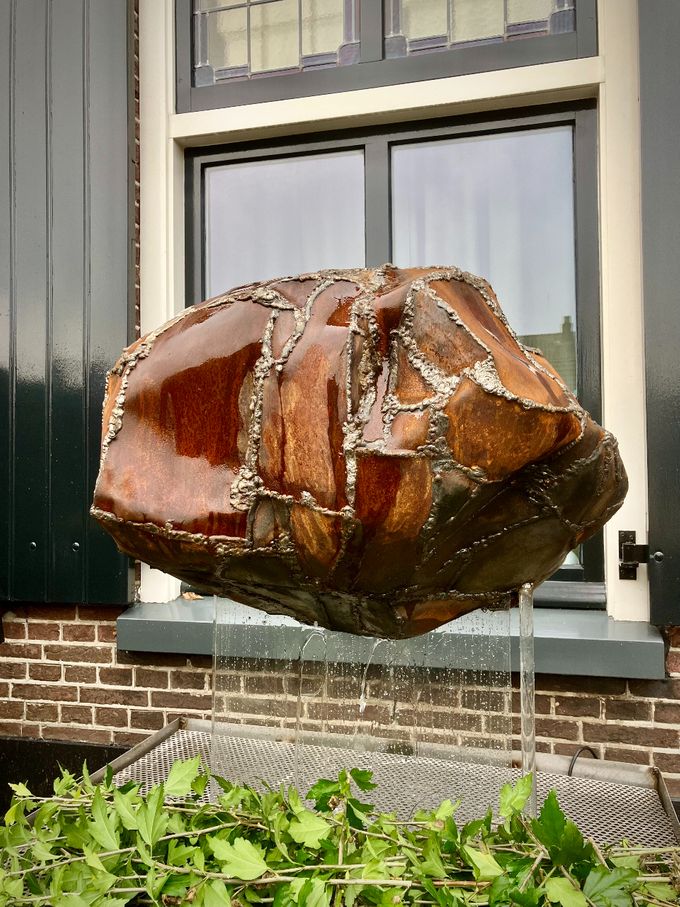 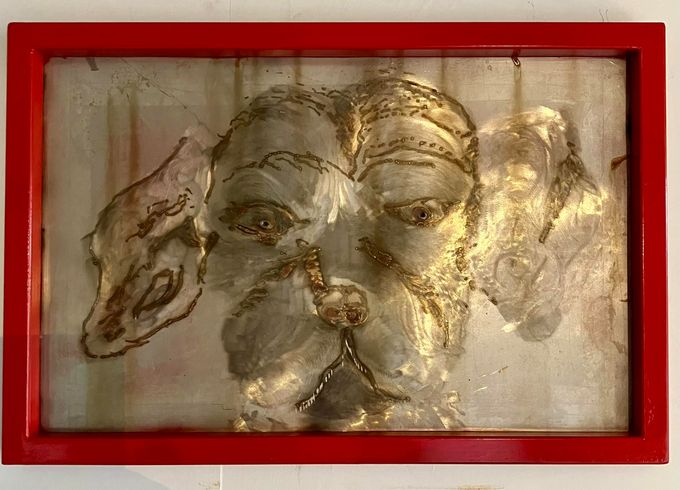 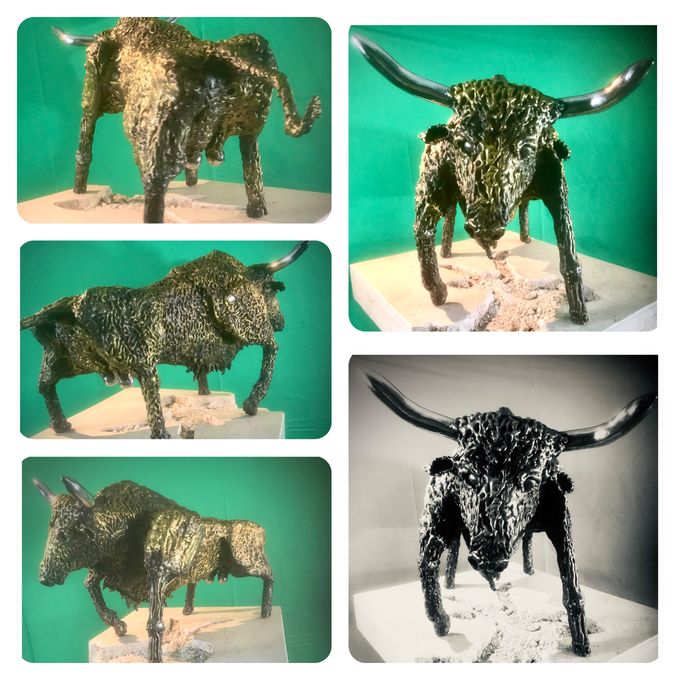 What is that fascination that the Barneveld artist-craftsman Kees Weimer has for "the bull"? is it "the shape" of the animal in question? Is it "the force" that radiates the bull, as in an arena, where "the beast" challenges the torero?Incidentally, most of the time not knowing that the case has already been settled in advance? Is it "the movement" in the animal that inspires the artist in all its grace?Be that as it may, Kees Weimer sees "the bull" as a "source of inspiration".Just as he is equally mesmerized by the musical instrument "the contra bass".These are forms that we regularly see in the artist's work.And who have therefore left "a deep impression" and provide ever-new possibilities to record these "forms" and "movements" in a form chosen by himself.What is remarkable about this construction is that "the bull" has been given an extension in the form of the pedestal, which here is no longer just "support" for the statue, but has joined the statue and the overall appearance. As it were, a duality has arisen here. 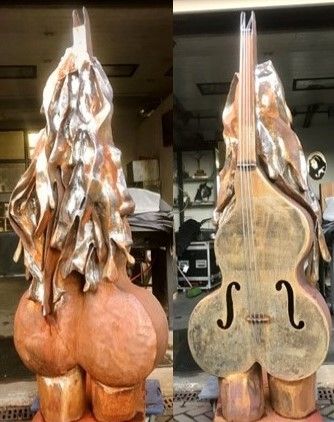